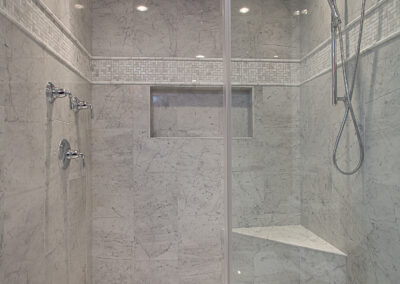 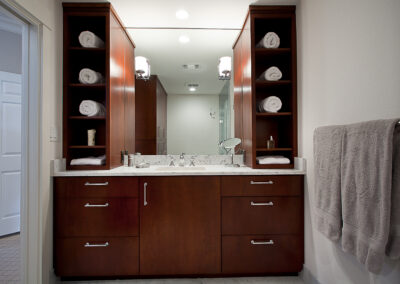 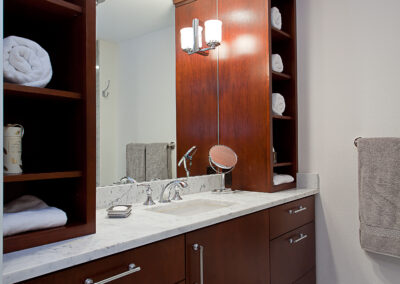 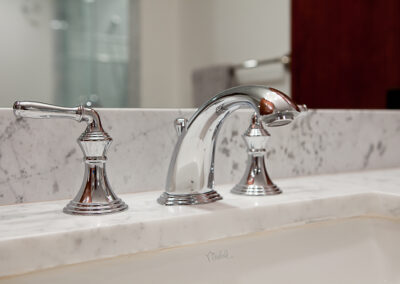 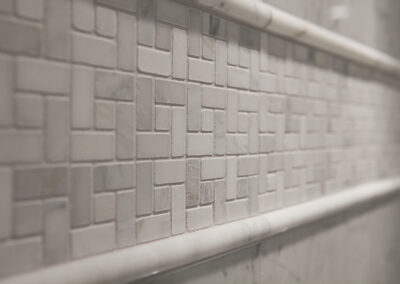 Over thirty-three odd years, we orchestrated and survived two major addition/ remodels and three minor upgrades on our former home in Michigan. We went into the renovation on our Austin condominium with a very significant understanding of the process and very clear expectations. The first rule of remodeling is “when walls come down, there are always surprises”. Our experience with Straight and Level Construction and John Martin exceeded our expectations.The crew from Straight and Level transformed an 80’s Tuscan style condo into an “urban loft”, an open concept space that included reclaiming an outdoor balcony for interior space, removing walls to relocate the kitchen and gutting two outdated bathrooms. John was calm and professional when confronting the “surprises”, and there were several on our project. His bid on the project was realistic, though not inexpensive. It was worth every penny. John had great resources/subcontractors, firm control of the budget and a willingness to solve any concerns or critiques we had. We think the results are spectacular. John has returned several times to “tweak” some minor issues promptly and graciously, testimony to the fact that Straight and Level guarantees their work. It would be a pleasure to work with John on a project again.We recommend John Martin and would be willing to communicate with any of his potential customers to show them the quality of his work and to reassure them of the professional capabilities of Straight and Level Construction.